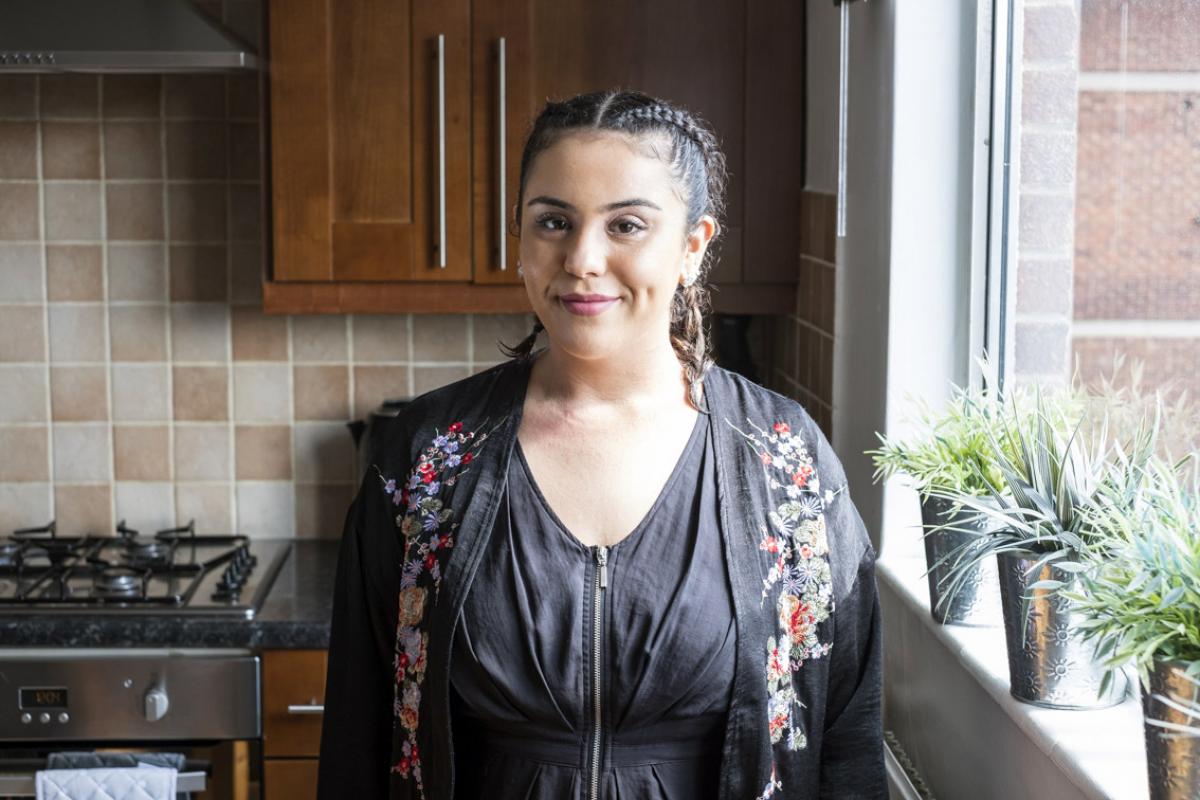 OumaymaI spent the majority of my childhood at Olive Blythe House living with my Mum and Dad. My grandfather came here I think in the 70’s to look for work. He came looking for work and he managed to get something over here and then bring my grandmother and my mum and her brother at the time over here. I feel like Moroccans in general just decided to stay here and I feel like my grandad made that decision to stay here, because it was integrated and he didn’t have to fear going somewhere and maybe experiencing you know racism or anything like that, because it was already quite integrated at the time. Spanish, Portuguese, Jamaican, Caribbean; really mixed which is really good.

I would say a long time ago this is from my Mum’s kind of time and what she used to say to me there was a lot of burglary, there was this one guy who used to steal a lot, steal people’s gold, go into their houses and stuff. I mean over the years it has calmed down, because those people either went to prison or they grew up they got married and moved out. I have personally always felt safe here, because I grew up here. Even though I see them in the corner smoking I just keep walking cos they know I live here whereas if it was somebody else that doesn’t they’d feel a bit intimidated by it and I’ve heard people say that, well we don’t live here, and it’s like me going to a different area and not knowing the in's and out's of it and being a bit frightened.

And even when people started leaving you really felt it. You felt it because there’s nobody there. It went from being so loud and noisy to being completely quiet. When I go and hang the washing out and look out, no one’s there. No one is there and you can see where they’ve started to demolish it the amphitheatre isn’t there anymore it’s just brown. it’s not green anymore.