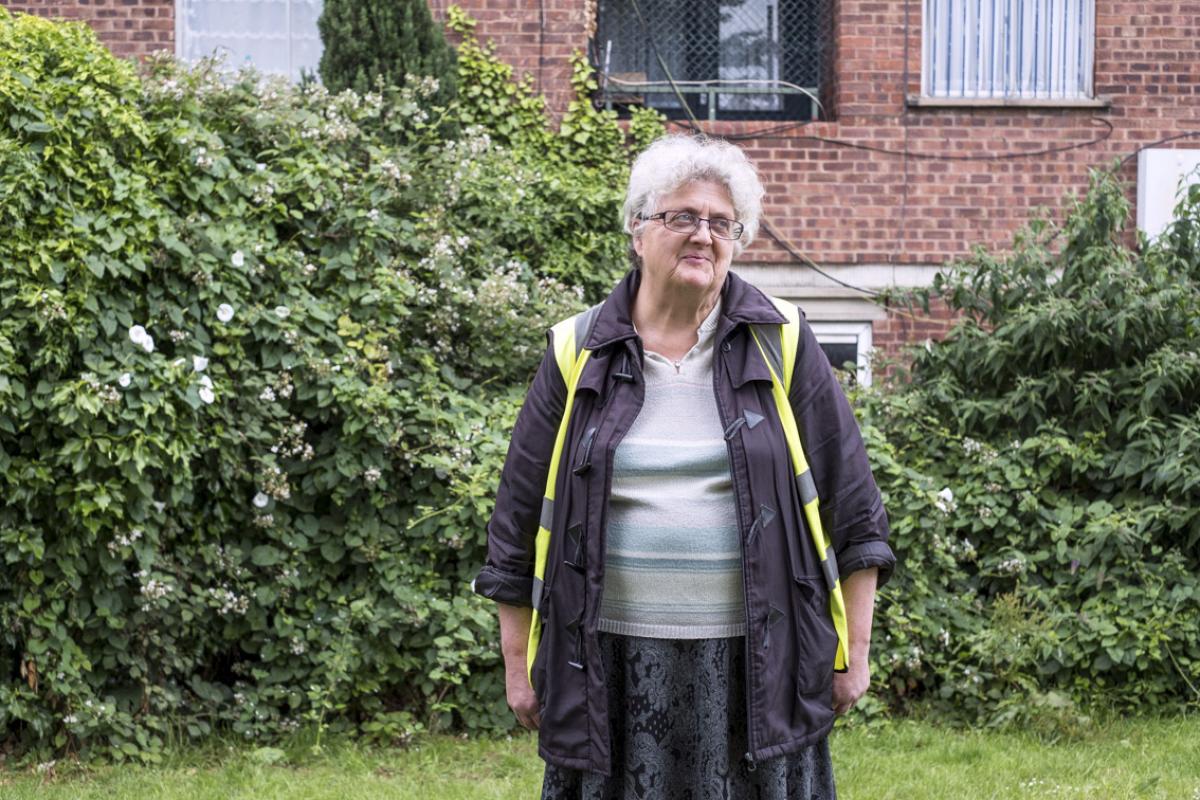 KathyI’ve lived in this flat in Breakwell Court - in 1979 I moved in. Everybody knew each other, you know. If you had any problems, there was always somebody there to help you and that.

I do a bingo on a Sunday afternoon for the elderly and I’ve been doing it for a long time, but I didn’t realise that I’d been doing it for ten years. It’s only about six or seven people that get there, but it’s time out for them and as they say Sunday is a very boring day and that.

Years ago we used to be called the '1 o’clock Club', because we all met in the park at 1 o’clock, because most of us worked and that. That was nice. Yes, we still try to keep strong in there now, but obviously we don’t get as many people in there as we used to. Tina goes in with her dog, Tess, Sally’s got a new dog, Prinnie, Christine’s in there with Sooty, Bob goes in with Teddy and Alison and Dennis go in with Fidel - they’re the main ones. Oh, Margaret with her little dog, Doris.

I think the biggest change is Golborne Road, because years ago, that used to be a lovely little shopping centre. And even in Portobello Road, you had shoe shops, clothes shops, food shops and that - the sweet shops. You had your pie and mash shop of course, still have that there. Yeah and it was nice.

That’s what makes a community. We do all tend to stick together. When it was first mentioned about bringing the estate down, we didn’t want it. We fought for about eight, nine years to try and get this all stopped but in the end, they won. They’d made up their mind and now that’s what we have to do.

We’ve been neighbours for 40 years. We’ve all got on well together and it’s going to be a shame when we do move out, but my neighbour in number 8 will be near me and Olivia will be going into the next block. So, at least we’ll all still be together, but just not side by side.