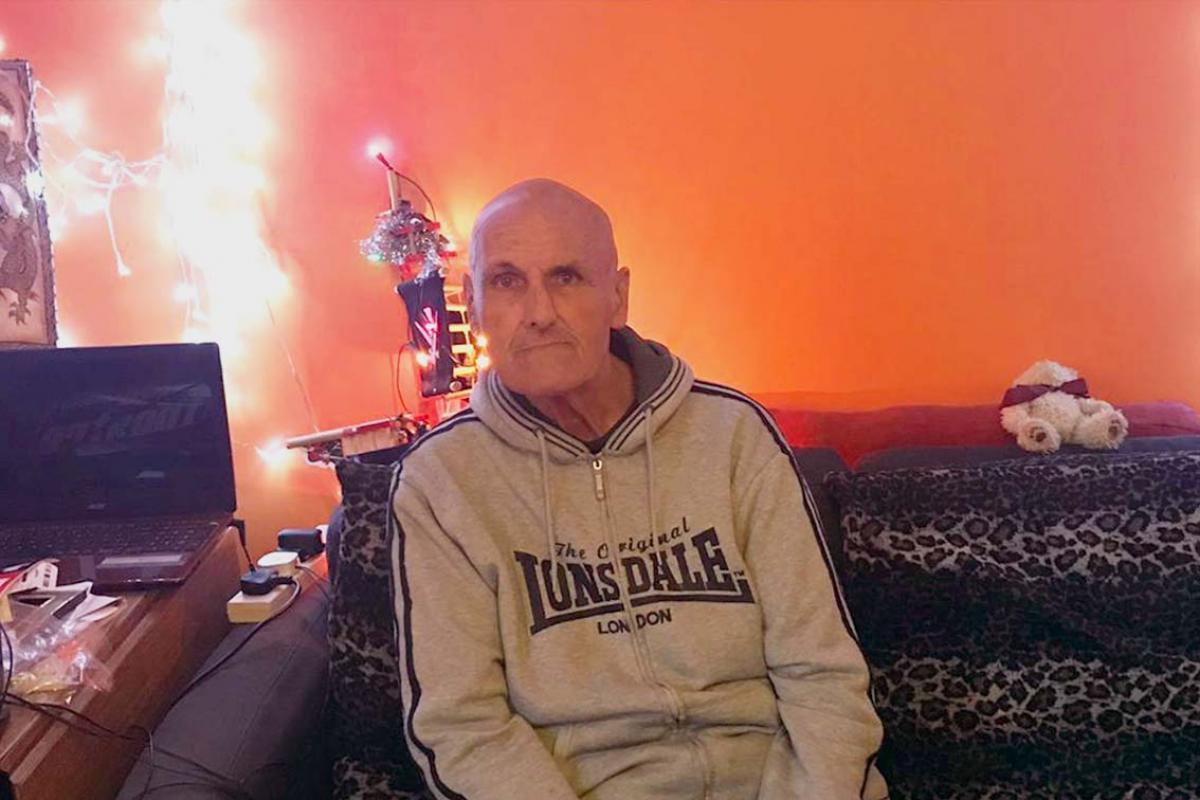 AlanSo Zena said to me to move in with her, because where I lived on the Queens Park estate, I liked living there, but it was very old-fashioned.  We had outside toilet, no bathroom, nothing – no heating even. When I moved into it, it was like a different world to me because first of all we had a bathroom, we didn’t have a bathroom in Queens Park either - we used to go to the public baths for a bath, you know.

Because sometimes there was six of us living here, you know what I mean. But as everyone slowly passed away or moved out, I’m the only one left now so I’ve got a massive flat which is too big for me. One of the reasons I don’t mind moving is to get a smaller flat, but I’m in no rush to move, you know what I mean.

I don’t like lifts. Someone must have told you, that lift down the end there, never use that lift because what can happen is, it can conk out while you’re in it, right, you start shouting out 'Can somebody get me out of here?' but people think it’s kids, so they won’t take any notice.  So, I never use that lift, ever.

When I first came, me and Zena would go to the carnival together. They’re trying to move it to Hyde Park. I mean - that’s - you’ve got to leave it where it is and what they’re getting wrong is, if they move Notting Hill Carnival to anywhere, it’ll still be here. People who don’t want to go, will have their own mini carnival. So they might as well leave it as it is. Why change it? If it ain’t broke, why change it?

I wouldn’t be surprised if I get a letter saying, you might have to move next year. Because this Bond Mansions that we are moving to, you can see it from here, can’t you? They are still doing it. I don’t mind moving, but i don’t particularly want to. If I got a letter saying it’s all finished now, we are not moving, great. Because I’d still pay about a million pound a week in rent. With my pension and God knows what else, I’m just about breaking even, you know what I mean. I go football, pub, food and pay bills. And that’s it. You know! But if I get a letter saying, you can’t take your rent down, the rent will stay the same, but you ain’t got to move, I would stay there. I imagine you would stay here, won’t you. As simple as that. Being 110 years old, I’m no rush to move anyway. When I get to Bond Mansions, I’ll be there about five years and snuff it, you know what I mean?